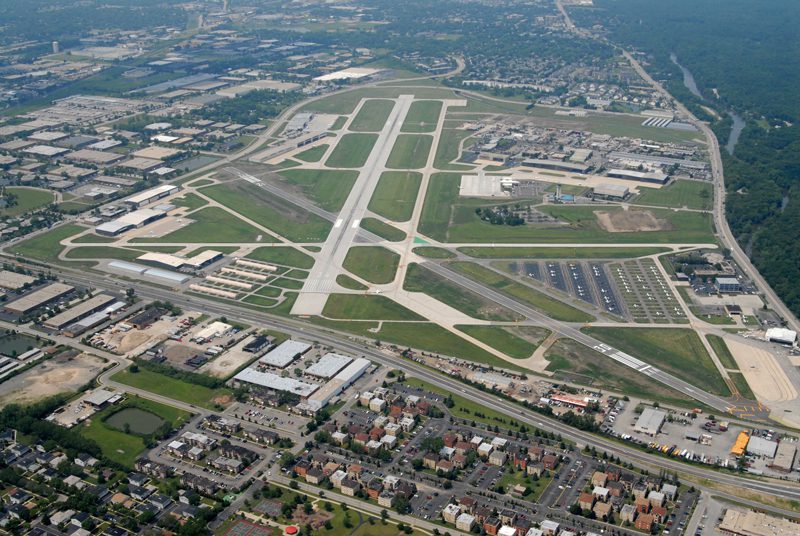 Chicago Executive Airport, formerly Palwaukee Municipal Airport, is a public airport 18 miles northwest of Chicago, in the village of Wheeling in Cook County, Illinois, United States. It is owned by the City of Prospect Heights and the Village of Wheeling. The airport opened in 1925 as Gauthier’s Flying Field. It was named Pal-Waukee in November 1928, from its location near the intersection of Palatine Road and Milwaukee Avenue. In 1953 the airport was purchased by George J. Priester who developed the airport over the next 33 years, installing paved runways, lighting, hangars and an air traffic control tower. In 1986 George’s son Charlie negotiated the sale of the airport to Wheeling and Prospect Heights and it was renamed Palwaukee Municipal Airport. Charlie Priester kept an FBO at the airport along with a charter company called Priester Aviation. Priester sold the FBO to Signature Flight Support in 2001, and turned over operational control of Priester Charter to his son Andy in 2004.

In August 2006, trustees from the village of Wheeling and alderman from the City Council of Prospect Heights voted to approve a name change. On October 17, 2006 Palwaukee Municipal Airport was renamed Chicago Executive Airport. In October 2015, Cincinnati based Ultimate Air Shuttle announced plans to begin service from the airport to Cincinnati/Northern Kentucky International Airport in January or February 2016.

The airport handles executive jets in the 20-seat range, such as the Grumman Gulfstream and the Bombardier Challenger, and larger aircraft occasionally visit. Occasional military transport aircraft, such as the Lockheed C-130, use the airport when carrying service members to local facilities. These include the Great Lakes Naval Training Center or the North Chicago V.A. Hospital.

In 2007 Chicago Executive’s management created a public viewing area east of the south end of Runway 16-34 along Palatine Frontage Road. It came with parking, a picnic table, bleacher seating and a PA speaker to allow visitors to monitor Air Traffic Control radio communications. A bulletin board has a copy of the current FAA chart, posters for events and educational information. Furthermore, the area is open 24/7. 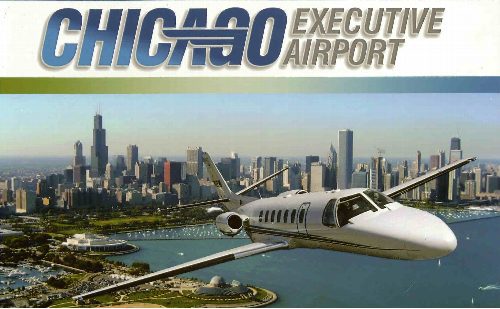