Post season baseball is upon us here in Chicago! The Chicago Cubs are heating up and are taking the end of the season by storm. Kris Brant has had an amazing season and will probably win the Rookie of the Year award in the National League. Not to mention the surprises of Jake Arrieta’s pitching. This is one post season not to miss. You never know what Joe Maddon will do next.

Wrigleyville is a heating up and with the Cubs getting closer to that post season play, this will be one hot spot you can’t avoid.  Wrigleyville is a convenient location to access and party like a rock star. Wrigleyville has some of the best comedians, spectacular venues, such as the Cubby Bear, Mullens on Clark, Bernies, and Sluggers. The main attraction is the Chicago Cubs Wrigelyfield ballpark.

Wrigleyville is a hot neighborhood filled with multifamily homes and condos finding a place to park is almost impossible. There are legal street parking spaces for day games. It’s more possible on a weekday than a weekend. You should plan on getting to Wrigleyville at least 2 hours before game time. Take the first legal space you see that’s within walking distance of the ballpark.  Be where of the fire hydrants, or blocking driveways or an alley (even if there is no “No Parking” sign).

Street parking for night games is generally illegal. Any street parkers must have local residence permits. Anyone else gets towed.

If you are thinking of coming to Wrigleyville, maybe you should think about using All American Limousine. We have all the resources to make your trip to Wrigleyville a pleasant one. Maybe, you have an outing of 20 or more people. We have a shuttle bus just for you. Maybe you want to take in the nightlife and use a Party bus. Taking clients to the game? We have luxury sedans to fit your needs so you can make the right impression. 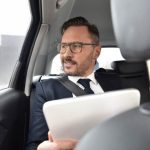 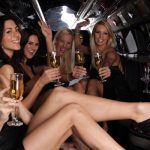 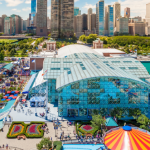