Explore the best places in Chicago: Chicago is a city like none other. It has a metropolitan vibe while still being beautiful and classy. Although it is technically the second largest city, it is second to none. It is a historical city with events like the Chicago Fire taking place over 100 years ago to mobs ruling the city in the 1920s led by Al Capone, John Dillinger. The history in Chicago is so rich that no other city can compare. Today, the city is one of the main tourist locations in the summer while being a place filled with plenty of activities even in the winter. Chicago is one of the best sports cities in the United States and is known for their passionate fans. Probably the best reason to come to Chicago is the fact that the food is by far the best in the entire nation. Chicago has every ethnic group, being very diverse, and the city unites as one.  The business district in Chicago is booming as the economy and industries have been doing well. There has been a surge of Hollywood movies that have been filmed in Chicago in the last 30 years due to the sights and history. Batman: The Dark Knight, Wanted, Transformers 3, Man of Steel, Public Enemies, Ferris Bueller’s Day Off, Blues Brother, Wayne’s World as well as TV Shows such as Shameless, The Chi, Chicago Fire, Chicago Med, Chicago PD. Chicago has 2 major airports, Midway and O’Hare, as O’Hare used to be the busiest airport in the world, now 2nd. Airport Limo Service Chicago to O’Hare or Midway is available by All American Limousine. There are over 190 Chicagoland Suburbs around this great city. People all over the Midwest whether it be Indiana, Wisconsin, Ohio, Michigan, Iowa, or Minnesota come to Chicago often as it is the biggest city in their region. Below is a list of places to check out in Chicago. Book a Limo Service Chicago to these different spots around the Loop to further enhance your tour experience. 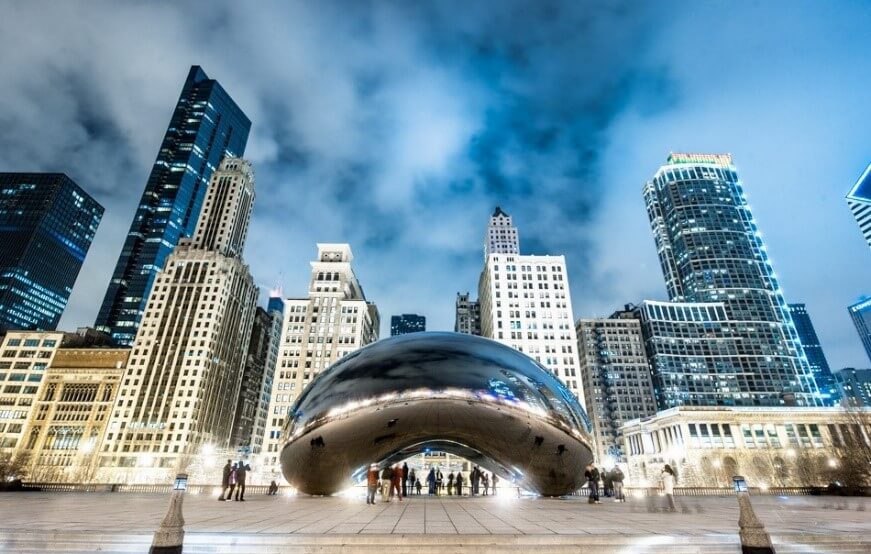 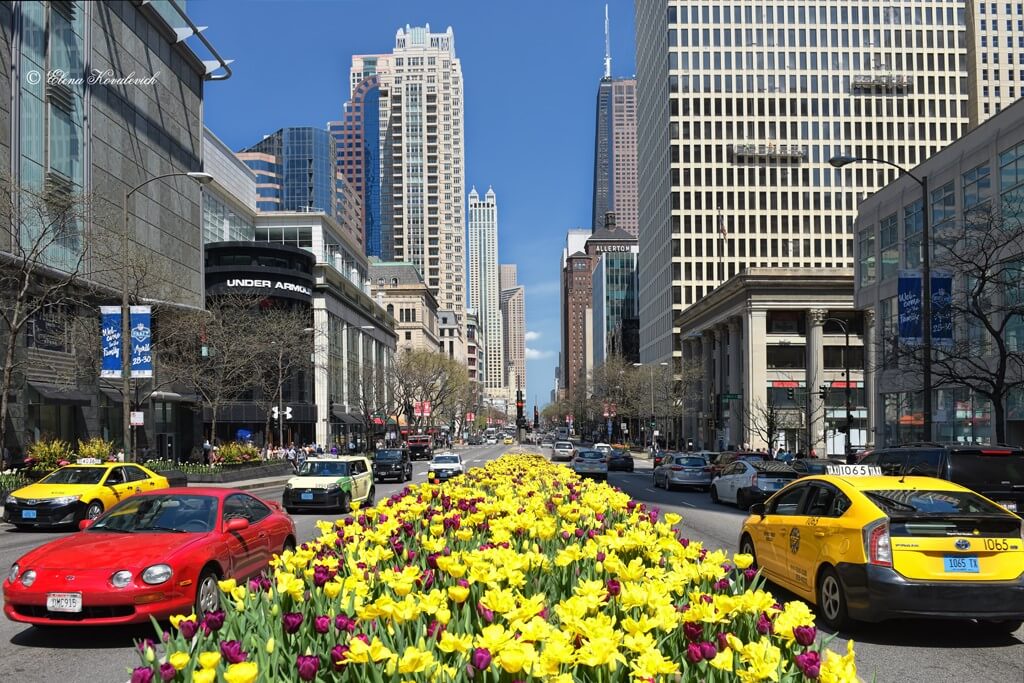 Millennium Park is a public park located in the Loop community area of Chicago in Illinois, US, and originally intended to celebrate the third millennium. It is a prominent civic center near the city’s Lake Michigan shoreline that covers a 24.5-acre section of northwestern Grant Park. Next to the park is the infamous Bean known as Cloud Gate. 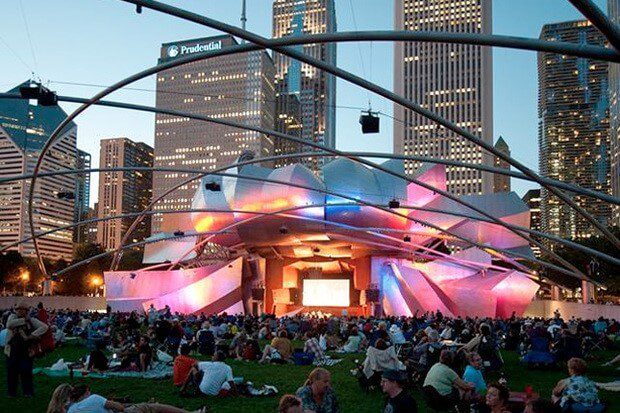 The Willis Tower, built as and still commonly referred to as the Sears Tower, is a 110-story, 1,450-foot skyscraper in Chicago, Illinois. It used to be the tallest building in the world although now the Burj Khalifa in Dubai has that title. 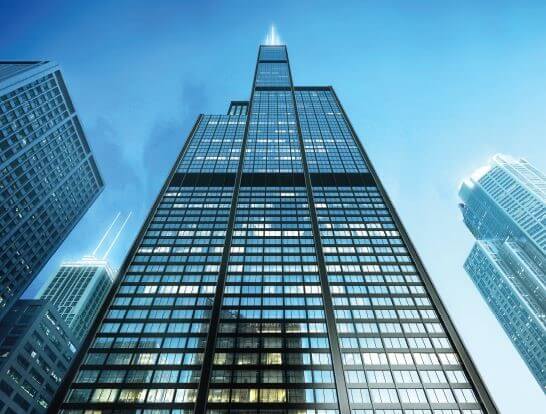 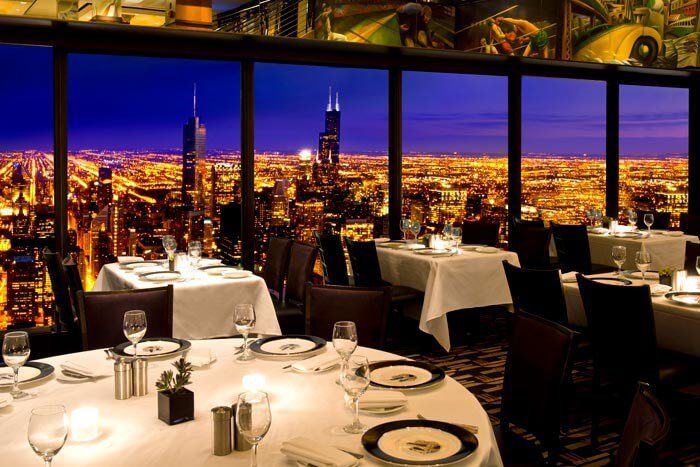 More Attractions to explore in Chicago:

The Richard J. Daley Center, also known by its courtyard Daley Plaza and named after longtime mayor Richard J. Daley, is the premier civic center of the City of Chicago in Illinois. Every November, there is a huge Christmas tree that gets lit up for the entire winter season. It is a historical and worth the visit during that time and a main attraction spot in the Winter as the Christkindl market takes over the Daley Plaza. 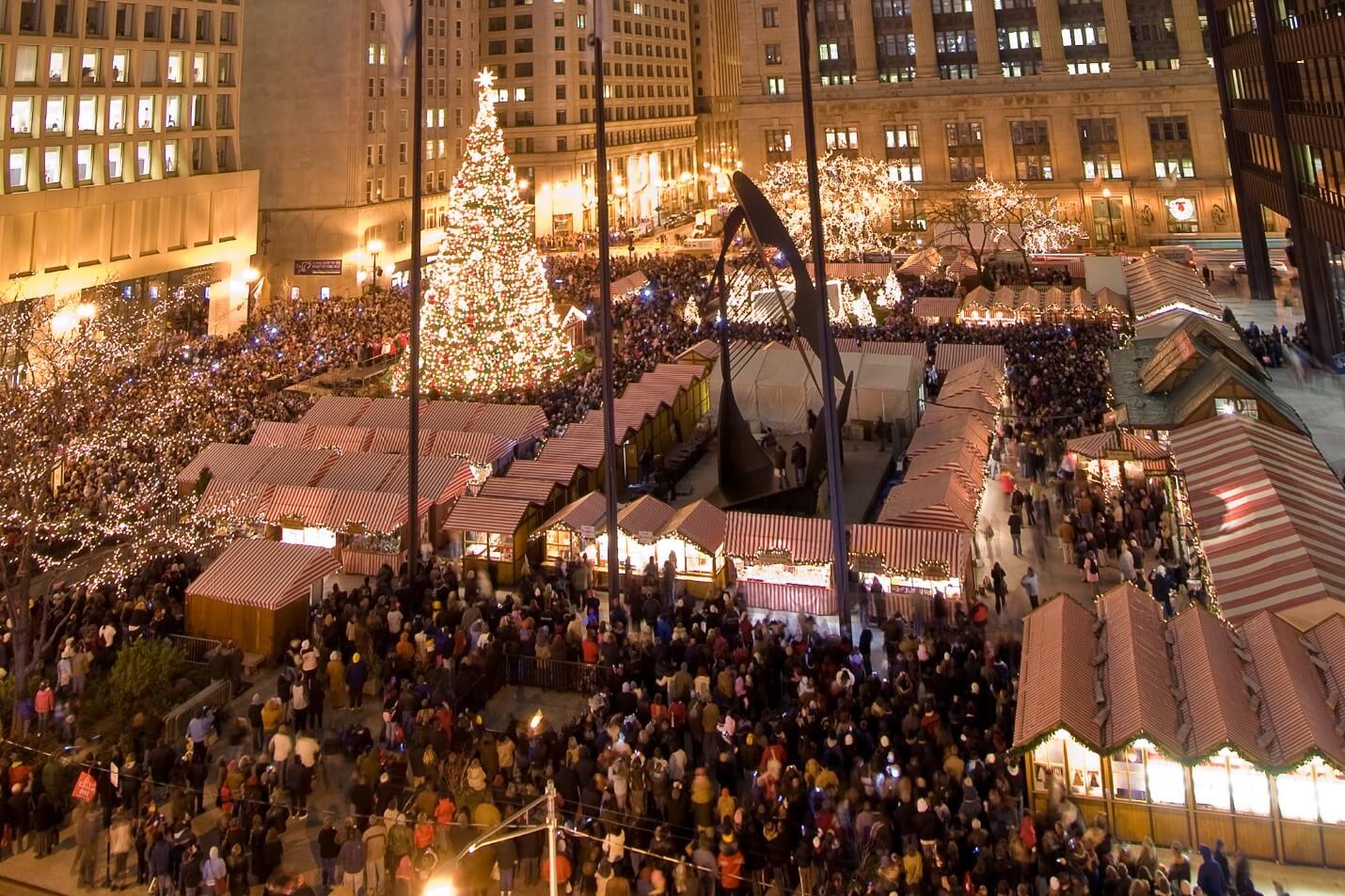 According to a lot of people, this is Chicago’s Best Deep Dish, Since 1971. Considered the oldest family name in Chicago pizza, Lou Malnati’s is as rich in history as its pizza is in flavor. Lou Malnati got his start in the 1940’s working in Chicago’s first deep dish pizzeria. There are a few other places like Giordano’s, Pequod’s Pizza, and Gino’s East to check out as well. 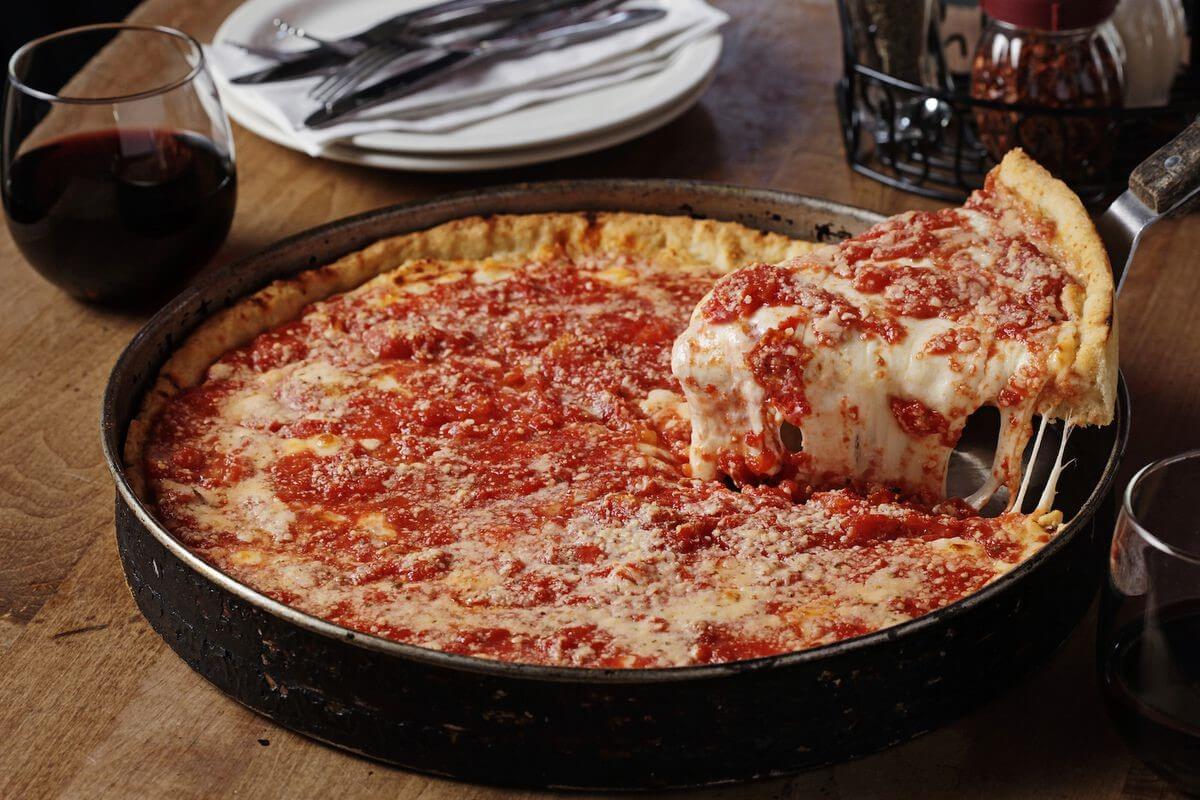 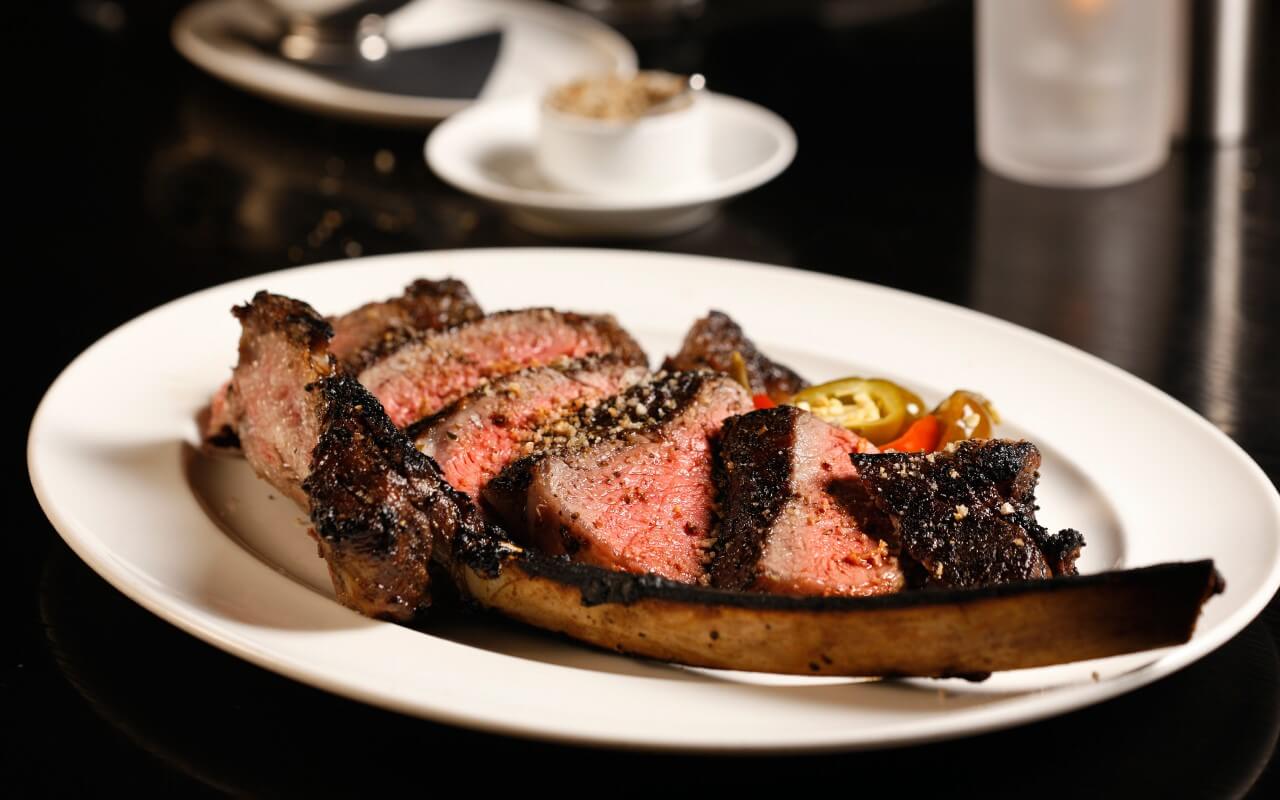 Buckingham Fountain is a Chicago landmark in the center of Grant Park. Dedicated in 1927, it is one of the largest fountains in the world. Built in a Rocky rococo wedding cake style and inspired by the Latona Fountain at the Palace of Versailles, it is meant to allegorically represent Lake Michigan. Plenty of people gather around the fountain during the months of summer as there is a Taste of Chicago that takes place every year around Independence Day.

Water Tower Place is a large urban, mixed-use development comprising a 758,000 sq ft shopping mall and a 74 story skyscraper. The mall is located along the Magnificent Mile at 835 North Michigan Avenue.  They say that the original Water Tower Place had a cow that kicked over a lantern and started the Chicago fire and said “Moo” …maybe it was a cheesehead Packers fan.

If you are ready to plan out a fun-filled day in the city of Chicago, get a limo ride for the best Private Car Service Chicago has to offer. Book online or request a quote from All American Limousine at https://allamericanlimo.com or call 773-992-0902 for more information. Our professional drivers are background checked, drug tested, and licensed by the city of Chicago. Use our top-rated transportation service to Chicago, Suburbs, O’Hare, Midway, Indiana, Wisconsin, and more!